Use of Anti Hypertensive Drugs In Patients of Diabetes

Hypertension is extremely prevalent in patients with diabetes. Our objective is to evaluate utilization pattern of antihypertensive agents among diabetic patients with hypertension. All the major classes of antihypertensives can be used in diabetic patients, but the beta-blockers with thiazide diuretics have metabolic side-effects which make them less appropriate as first line agents. The use of ACE inhibitors and calcium antagonists have better metabolic profiles and the latter reduce insulin resistance. Although ACE inhibitors and calcium antagonists are suitable as first line antihypertensives drugs used in diabetics evidence is lacking that these drugs reduce morbidity and mortality over and above that seen with other antihypertensives. Our study was data based comprising of 200 patients. Out of 200 patients 131 were with hypertension and 66 consisted of diabetes and hypertension, and 3 patients were with hypertension along with any other disease. The majority of patients were on multidrug regimens. According to our study a large proportion of patients received ACEIs and CCBs. Patterns of antihypertensive therapy were generally consistent with evidence- based practice guidelines. 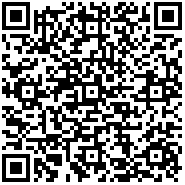 5th International Conference and Exhibition on Pharmaceutical Development and Technology